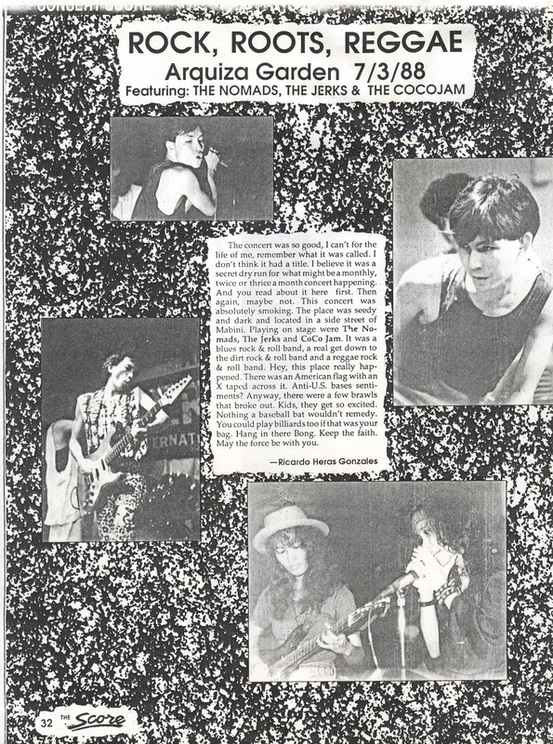 Lisa Graciano grew up in a family that moved back and forth between 3 cities, namely Jakarta, Manila and Singapore, which cultivated a sense of nomadic, cosmopolitan and worldly feel in her. Lisa has been in and out of bands, playing the underground circuits and making her own songs since her school days. Late 1989, she relocated to Amsterdam with her mother and youngest sister. Until 2002, next to work and her own family, she kept music on the side, making songs and playing with a local band in Den Helder.

"As a child," she said, "I was very open to all kinds of music, being exposed to music from different cultures, such as gamelan, krontjong, Chinese opera, Indian sitar music and tagalog folk songs like 'Anak' by Freddy Aguilar. At home, English was the spoken language and Elvis Presley, Frank Sinatra, Ella Fitzgerald, Everly Brothers, Connie Francis and the Beatles the music. I hummed my own tunes while playing with dolls and was fascinated by the sounds I got from my toy piano. At the age of 12 I picked up the acoustic guitar and I started to go through the self-study book. Before I knew it I could play chords. Next I'd sing my song for my sisters and brother: "We're going down, eat our lunch there...."

Amsterdam in the 90's
The highlight of 2006 was the change of musicians in her band, again teaming up with some of the finest in Amsterdam and not only playing shows but also recording some tracks which were included in the 'Citygirl Blues' album released in the late summer of that year. The songs in this cd reflect various influences from country, gamelan, funk, pop and rock injected into her bluesy style. Some lyrics to her music convey emotions felt from a woman's perspective while others have a one-world theme.

From 2007 up to now, her journey continues as a performing singer-songwriter, setting up her base in California, playing in different cities, inspiring and being inspired by people and connecting with them. Her new CD album entitled ‘Seeds Of Life’ and current live performances are sure signs of her interest in playing various musical instruments, such as the flute but also non-western instruments like the suling and gong. This 2013 album is the start of her collaborations with multi-talented musicians from the Bay Area and beyond, giving food for the soul to everyone who is hungry for cross-cultural, cross-genre music.
And now, meet PURNAMASARI,
SF Bay Area musicians performing music that mixes Indonesian Gamelan music instruments with guitars used in rock music, creating a cross cultural sound!
It all started with Lisa Graciano, Bay Area performer and songwriter. Aside from her solo (or duo or trio) performances, Lisa fronts the gamelan-infused group Purnamasari, which is rooted in the Indonesian American Cross Cultural Music Project that she initiated. For more information on the musicians in Purnamasari,
click here:
PURNAMASARI