The aim of this music project is to mix traditional gamelan music of Indonesia with guitar based western music and to create, perform and record new songs and instrumental pieces. These new works are presented at events showcasing the talents of collaborating artists. A key part of this project is the group Purnamasari, made up of Bay Area musicians mixing gamelan and western instruments. Along with highlighting traditional gamelan music and dance from Indonesia, the project aims to support a new generation of artists from both sides of the world fusing Indonesian and American cultures through music and dance.
This project is fiscally sponsored by 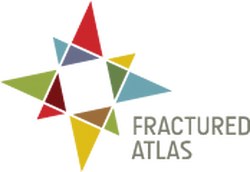 a 501(c)(3) arts organization
Your contribution is tax-deductible
Check out the musicians in Purnamasari
Like us on Facebook
Connect with us on Instagram
The story behind the project:   (in Lisa's own words)

My Indonesian father and mother left their traditional villages, on the islands of Bali and Sulawesi (she's Menadonese from Minahasa in North Sulawesi) respectively, to make it in their own careers. I was raised against the backdrop of big cities in Southeast Asia, in a most modern way, highly influenced by American and English music and culture. Gamelan music was not really on top of the list in the context of modern city life, but I was always attracted to it.

When my parents divorced and my mother decided to start a new life in Holland, I went along. There, as a musician playing the Amsterdam blues and folk music circuit, I found out that the Netherlands had a popular music scene with roots that date back from the early 1950’s.  Some Indonesians, who were from my mother’s island and the Moluccan islands and other islands, moved to Holland, started playing their music and it turned into the Indorock music scene. Apparently, this genre of music was inspired partly by the rock and roll music and movies from America that Indonesians were exposed to back then. There was hardly any gamelan influence in Indorock, but being in the Dutch music scene certainly gave me the chance to sharpen my skills in popular music.

I visited Indonesia for a few months and got together with a few musicians from both disciplines, but it was when I moved to California and met my husband Paul, who plays in gamelan groups, that I got to deepen my knowledge of gamelan music, learning from him and other teachers of gamelan and participating in activities and performances with the groups. I have never learned this much gamelan music before!

This experience has taught me that music knows no cultural boundaries, it has one heartbeat but many veins, and humans have an instinctive need for it despite political and economic circumstances. Music is a peaceful reflection of the mixing and mingling of people of different cultures and histories having one human heartbeat.
Getting involved:
I’m excited about sharing my cross cultural music project.
If you feel inclined to help see the project through, you can do so by:
donate now
Your money goes into producing the yearly events, such as paying for the venue costs where the events take place, the rehearsal time, studio costs, music equipments, recording of the music pieces, production of the cd album, and paying the musicians who collaborate on the project, not to mention event publicity costs, administrative costs, food and travel costs, etc.

For upcoming concerts in support of this music project, go to:
www.purnamasarimusic.org

Thank you for your support!

If you would like to donate other types of services, endorse or even sponsor my project, feel free to contact us using the form below. We will contact you as soon as possible. Thank you!